What is a Next Generation Firewall? What You Need to Know

When it comes to network security, few tools are as integral as the firewall. Firewalls act as a gateway between the local network and the internet and determine who and what has access to information contained within your network.

There is a misconception that firewall is ineffective in the age of hybrid working, however they still play a vital role in securing the enterprise network.

What is a Next Generation Firewall? And why is it important?

With research showing that ransomware breaches have increased by 13% over the last year, Next Generation Firewalls (NGFWs) are essential for detecting threat actors who are trying to establish a foothold within the network.

According to Gartner, NGFWs are “deep-packet inspection firewalls that move beyond port/protocol inspection and blocking to add application-level inspection, intrusion prevention, and bringing intelligence from outside the firewall.”

NGFWs use static and dynamic packet filtering to analyse traffic moving in and out of the network and determine what communications are blocked or permitted.

When analysing traffic, the NGFW uses threat intelligence to scan for known and unknown malware threats and other malicious activity. These solutions also use application whitelisting and blacklisting to distinguish between trusted and malicious applications.

So What’s the Difference Between a NGFW and a Traditional Firewall?

Although both types of firewalls inspect incoming and outgoing network traffic, the key difference between the two is that NGFWs can filter traffic based on individual applications, whereas traditional firewalls can’t. As a result, the former provides greater visibility over activity at the application-layer.

The Firewall as Mission Critical Infrastructure

While firewalls are a security essential, it’s important to note that they’re also a critical dependency. If a firewall fails then users will be unable to access business apps or complete their day-to-day responsibilities. This means a single failure could cost tens of thousands of pounds in damage because of downtime.

As a result, organisations need to ensure that they have a highly available deployment as per best practices, that they employ proactivity in configuring, monitoring, governance and reviewing performance to ensure optimal performance and proactively dealing with issues that could pose risk, before they become service affecting.

Proactive monitoring ensures that if issues are discovered, the security team can respond quickly to restore the functionality of the service to avoid prolonged downtime or disruption.

Do it Yourself Deployment of NGFWs vs Managed NGFW

When deploying a NGFW, many organisations fall into the trap of deploying under a set-it-and-forget-it model. Under this approach, the security team defines the firewall’s policies and configures them, before forgetting about it and moving on to other tasks in the network.

The problem with this approach is that the configurations quickly become out of date and misaligned as security policies evolve over time. This not only creates new security vulnerabilities but also leads to inefficient use of computing resources, reducing the performance for end users, and impacting productivity.

It’s unsurprising that this happens, when considering that continuously configuring the settings of a NGFW can be a time-consuming process for on-site security teams, who are expected to complete a wide array of administrative tasks.

Using a Managed NGFW service can provide you with off-site support from security experts who can continuously update your firewall settings to ensure that your network remains protected against threat actors.

A Managed NFGW service offers you the ability to:

Firewalls still have a vital role to play in on-site network-security and ensuring that threat actors cannot move freely under the protection of encrypted traffic.

Deploying a NGFW will give you the ability to get to grips with the tactics used by Advanced Persistent Threat (APT) Actors to reduce the chance of a successful ransomware attack.

Want to find out how our Managed Next Generation Firewall service can help protect your network against APTs? Contact us today. 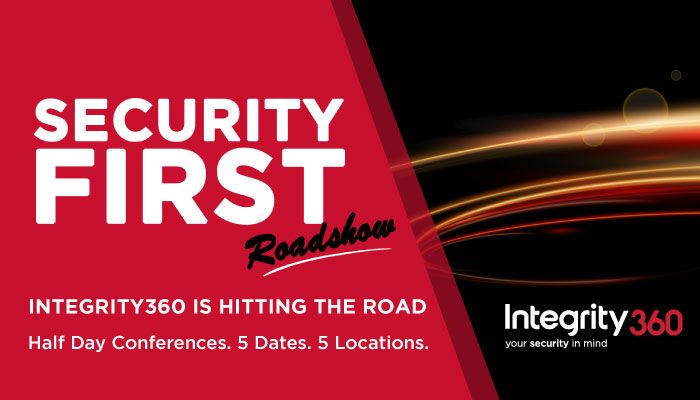